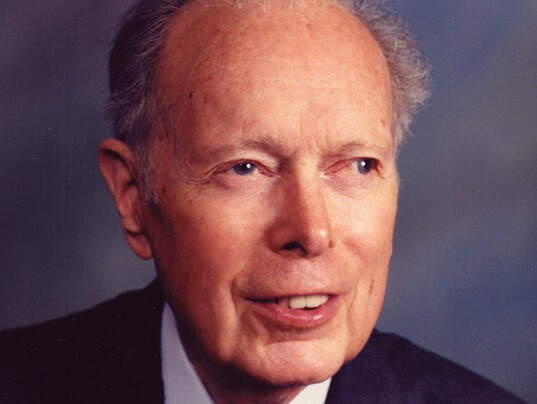 Harman was a petroleum industry chemist — he patented the compound in “No Pest Strips” — when he entered Stanford Medical School at age 33 and earned a medical degree. While working at the Donner Laboratory of Medical Physics at the University of California at Berkeley in 1955, he proposed his theory that the free radicals created during normal metabolism could produce the cellular changes that characterize aging. His first paper was published in 1956.

For years, this was dismissed by mainstream science. Now, he is considered a pioneer of aging research.

“The free radical hypothesis has been a central element of the field ever since Dr. Harman’s landmark paper,” Richard Hodes, director of the National Institute on Aging, was quoted by the Associated Press. “Beyond his own work and continued exploration of the free radical hypothesis, Dr. Harman’s contribution to science has helped lay the foundation for important, related areas of inquiry such as the mitochondrial and DNA damage hypotheses.”

In 1958, Harman joined the faculty of the University of Nebraska Medical Center in Omaha where he worked for 52 years. In 2010, weakened by surgeries, Harman entered an assisted care facility.

The implication of his theory, that antioxidant supplementation can slow down aging by quenching excessive free radicals, has not been confirmed in experiments with animals or humans.

his first publication on his theory

A Very Brief History of Chinese Food in America