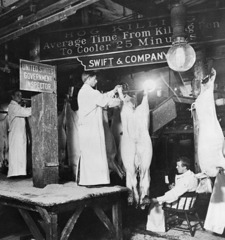 Until a little over a century ago, there were no federal laws or regulations in place to protect the public from potentially dangerous substances in medicines or foods. In 1862, President Abraham Lincoln appointed a chief chemist to serve in the new Department of Agriculture.  This appointment marked the beginning of the Bureau of Chemistry, the predecessor of the Food and Drug Administration.

1880
Peter Collier, chief chemist, U.S. Department of Agriculture, recommended the passage of a national food and drug law, following his own food adulteration investigations. The bill was defeated, but during the next 25 years more than 100 food and drug bills were introduced in Congress.

1883
Harvey W. Wiley became chief chemist, Prompted by increasing concerns, both by scientists and consumers over the use of untested chemicals as food preservatives, Dr. Wiley set out to investigate whether such preservatives should be used in food, and at what levels they were safe. With funding from Congress in 1902, he expanded the Bureau’s food adulteration studies, and advocated for a federal law to protect and inform consumers.

1906
Pure Food and Drugs Act is passed by Congress, prohibiting interstate commerce of misbranded and adulterated foods, drinks, and drugs.   This law was spurred by shocking disclosures of the use of poisonous preservatives and dyes in foods, documented in the press and featured in Upton Sinclair’s novel The Jungle.

1907
First Certified Color Regulations issued at the request of manufacturers and consumers, listing seven colors found suitable for use in foods.

1949
For the first time, FDA publishes guidance for industry, “Procedures for the Appraisal of the Toxicity of Chemicals in Food” (which came to be known as the “black book”)

1990
Nutrition Labeling and Education Act requires all packaged foods to bear nutrition labeling and all health claims for foods to be consistent with terms defined by the U.S. Department of Health and Human Services

1993
FDA Food Code published as a model for state and local agencies that regulate foodservice, vending and retail food stores.

Snapshot of Food Safety Milestones in the History of the FDA

History of Food in 100 Recipes by William Sitwell 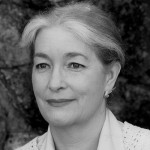