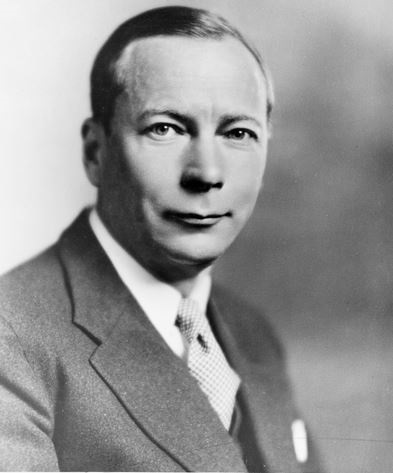 Henrik Dam (1895-1976) won the Nobel Prize in Physiology or Medicine in 1943, along with Henry Doisy, for discovering vitamin K and elucidating its role in blood coagulation. At the time, Dam, a Danish biochemist, was staying in the United States, which he had been visiting when Nazi Germany invaded his country.

During the late 1920s, Dam was studying cholesterol metabolism in baby chicks  when he noticed that birds fed a restricted diet for two to three weeks developed bleeding problems, such as hemorrhages under the skin, in the muscle, and in other organs. In addition, their blood was slow to coagulate.

After years of trying to reverse these problems with vitamin C and other known nutrients, Dam concluded that a previously unknown fat-soluble substance was responsible, which he named vitamin K.

As luck would have it, the chick is an ideal animal model for studying vitamin K. Its short gut makes it unusually susceptible to vitamin K deficiency (most animals, including humans, absorb vitamin K from their intestines where it’s synthesized by bacteria). Blood from the chick is also easily obtained and handled, making it relatively easy to study, according to Dam.

Dam mapped out the function of vitamin K and announced his discovery in 1935:

“The nature and distribution of the antihaemorrhagic factor have now been investigated. The investigation has led to the discovery of the fact that the factor is a fat-soluble vitamin occurring in hog-liver, hemp seed, certain cereals and vegetables, and must be different from vitamins A, D and E. It is proposed to term this factor vitamin K (Koagulations-Vitamin in German and the Scandinavian languages).”

Simple Suppers Are Best from U.S. Department of Agriculture (1919)

Milk: All About Milk by Metropolitan Life Insurance Company (1929)