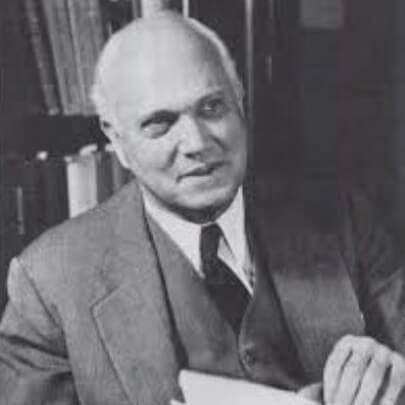 Here is Herbert McLean Evans’ account of his discovery of vitamin E when he was professor of anatomy at the University of California at Berkeley in 1922.

“American biochemists, and I can name Mendel, Osborne, Sherman and McCollum, succeeded in showing that the materials grouped under vitamins A and B permitted growth to adulthood in rats.

And I asked myself if reproduction might not impose some unique need. This started it ; and I found that purified diets to which had been added vitamins A, B and D were not adequate in the maintenance of pregnancy. And then we found that whole grains, like rice and wheat and barley, contained what we called the ‘X’ or anti-sterility factor.

So I went to a place where they cracked wheat kernel with big steel rollers into three divisions : the coverings, the centre (endosperm) and the germ. I tried them all; and made extracts; the surface stuff gave us only some faint indication, the endosperm zero, but the germ was the potent stuff. I got nowhere with an aqueous extract, but right away with alcohol and ether found it possible to produce a beautiful brilliant yellow oil.

At that time, vitamins A and D were the only fat soluble vitamins known and cod liver oil, enormously high in A and D, did not prevent résorption of the young; in fact, they accentuated the trouble.

But one drop of the wheat germ oil for a day maintained pregnancy and it was certain that we had stumbled on a new fat soluble vitamin. You can see how we were led into calling it the anti-sterility vitamin.

Then Dr Barnett Sure of Arkansas said : ‘Why does Dr Evans keep on calling this vitamin X? It deserves the next serial letter. It is not A or D, because they fed tons ofthat and got nowhere.” I then called it ‘E’ with reasonable speed. But the reason that we discovered it, was because the foetuses in utero, at a particular time, failed and got resorbed.”

Evans began this account by admitting that it had been a mistake to call the new vitamin “the anti-sterility” vitamin. “I overlooked the most significant thing about it, that it had nothing specifically important to do with reproduction. It had to do with the voluntary musculature.”