Cornelia Kennedy (1880-1969), the first person to name vitamins with letters 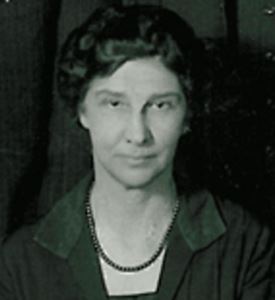 Cornelia Kennedy was the first person to call vitamins by letters of the alphabet, though today she is given little credit for it. In her master’s thesis in 1916, Kennedy referred to “fat-soluble A” and “water-soluble B” for the first time. Researchers later realized that “A” and “B” consisted of more than one compound and named them vitamins.

Kennedy, 36, was an instructor at the University of Minnesota at the time and had taken a leave of absence to earn a master’s degree at the University of Wisconsin under Elmer McCollum, one of the pioneers in vitamin research. For her degree, Kennedy studied how components of the diet affected the health of pigeons.

Researchers, including McCollum, at first credited her with originating the terms A and B, but eventually they stopped referring to her and even McCollum himself later cited his own papers as the origin of the terms.

Kennedy later earned a PhD and worked for 40 years at the University of Minnesota as the only female in the agricultural chemistry department, and never got the pay, the grants, or the respect that her male colleagues received. As her biographer Patricia Swan notes, Kennedy’s contributions “were consistently obscured by the recognition given her male colleagues.”

Although she started her research career in the exciting new field of vitamins, Kennedy got sidetracked for decades studying the nutritional differences among strains of rats.

Kennedy retired in 1945 at age 64. In her later years she suffered from a severe case of osteoporosis which led to a very stooped posture that was a source of great embarrassment to her. She died in 1969 at age 89 and is buried in Lakewood Cemetery, Minneapolis. 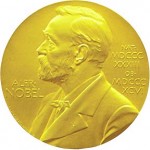 Nobel Prize and the Discovery of Vitamins by Kenneth J. Carpenter (2004)